Break down a character to it’s very metaphorical skeleton, and have a look at their purpose. They exist as a conduit, an avatar for the audience to experience a created world through fresh eyes. They are beings with pasts, personalities and hidden traits designed for the audience to connect with and recognise as a story unfolds around them. By that logic, of course we can count locations as characters.

They may lack certain characteristics, but a good location in a story should never lack character. While they may not tell us a story in dialogue, they tell us a story through their foundations and walls. We recognise them and feel a sense of familiarity, as if these places our characters call home can be homes to us as well. A good location in a story is something your audience can connect with just as much as any speaking characters.

Lying at the bottom of the ocean, there is more history packed into this underwater city in one game than many authors manage to pack into entire sagas. Even if we ignore the unique concept of a metropolis at the bottom of the sea, it’s interiors are still filled with dark secrets and individuality.

It’s exteriors are delicately painted with an Art-Deco theme, eroded and worn by years under salt-water, it’s dilapidated, but continues the spirit it’s inhabitants carry- freedom and expression. The interiors are lined with blood and insanity, as the war that unfolded before the player first reaches these halls continues to rage, and it’s toll has been paid.

Every area the player explores has a purpose, and has been intricately created to serve as a city that existed first, and a place to explore second. There are gardens, surgeries, docking stations, everywhere that should exist is there for you to travel through. Environmental storytelling goes a long way here to ensure the player knows exactly where they are and why they are there. Of course, aside from the beautiful underwater visuals and floating aquatic wildlife, the player is most interested in the history, that slowly unveils itself before their very eyes. This is told, one through dialogue and audio-diaries, but again through writing on the walls, scenes of corpses that fell in unexplained ways. Rapture is the true star of the game, and it shows.

Very similar to Rapture, is Arkham Asylum, from the game of the same name. Batman is forced to infiltrate its ornate walls after the Joker takes over the hospital, unleashing his rogues gallery into the ground, and as the caped crusader, we must stalk it’s underbelly and treatment facilities until we find our prey.

This is, again, a location that oozes with history. We find cryptic clues and more audio-diaries. We find out the sinister truth behind the proprietor of the Asylum, notes on the villains that populate the game, and even notes about various other members of Batman’s rogues gallery. The building is intricate and captivating, and it implores our hero to explore every nook and cranny to find out everything we can about this iconic location.

The grounds are huge, with a variety of environments and requirements. Botanical gardens to house Poison Ivy, maximum security areas for the dangerous ones and labyrinthine caverns deep below the building. It succeeds in placing secrets across the map, absolutely imploring the player to constantly explore. Combine that with areas you cannot access until you upgrade your gear through the story, and players come to have a very intimate knowledge of its halls, and we connect with that, it becomes our home for the story, and we come to love existing within it. 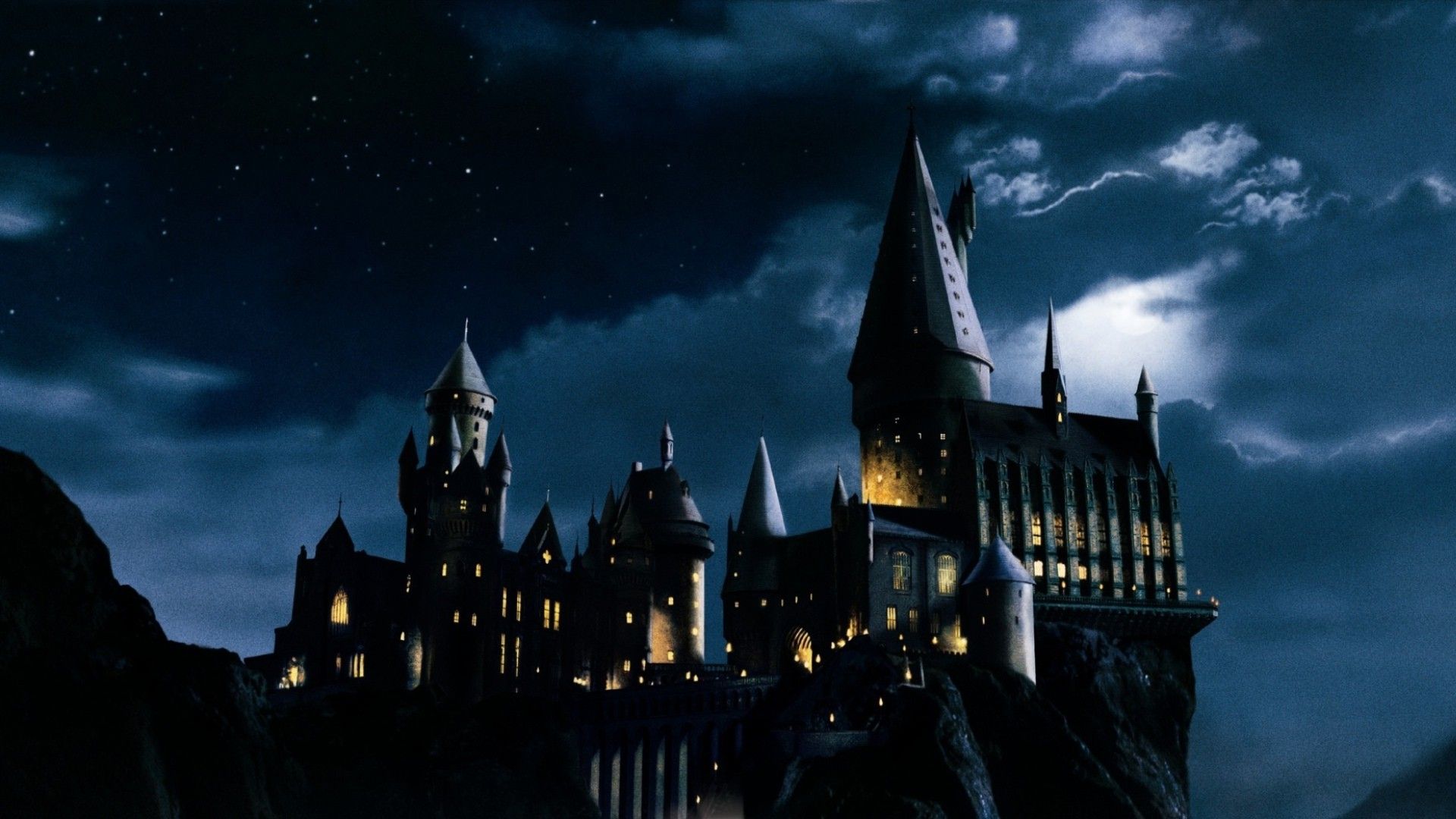 Hogwarts has some iconic imagery in our imaginations. When someone says the name, we tend to imagine an image very similar to the one above. This can be at fault with the films, that make little changes to its architecture depending on which director takes over the next film, leaving it feeling a little disjointed. However, despite all that, it remains some very unchanged areas we immediately connect with. The Great Hall, Forbidden Forest, classrooms and hallways are always synonymous with the school.

Hogwarts succeeds for two of it’s characteristics; mystery and whimsy.. We are told from Harry’s first entrance to the school that it holds many secrets. It’s an ancient school, and we discover more and more of it’s hidden chambers and rooms as the story progresses. It’s inviting and delicate, and the magic of the situation keeps us captivated, it’s a place we want to discover and are always delighted by what we find. It keeps us wanting to go back there as much as Harry does, and we see it’s secrets unveil through his eyes.

Not every location we visit through media has to full of mystery and secrets. Sometimes a place just looks so nice and lived in, we can’t help but want to be there too. The first time we see the Shire and its rolling verdant hills is in direct contrast to the dark, gloomy and dangerous world we see in the intro, as a war between good and evil rages in the dark land of Mordor. We are then shifted, in tone and spatially, to Hobbiton, filled with sprawling hills and cosy dells built into the ground, and as Tolkein tells us in the Hobbit, if it’s one thing Hobbits know, it’s comfort.

Through Gandalf and Frodo we follow their cart on the path through the village, and people who live in the countryside  can familiarise and empathise with, and those in cities deeply envy. It’s bright, its sunny, and its home for our hobbit characters. The halflings live simple, content lives, only focused on day-to-day goings and the occasional big soiree. As someone who grew up in Norwich, UK, it’s somewhere I very much identify with.

Combine this sense of homeliness, comfort and beauty with the fact it’s an anchor to the characters, and we get something identifiable that we connect with. Its the reason our characters our fighting in this war that shouldn’t really involve them. They are fighting to preserve the Shire and their home. From Frodo’s first vision of a Shire burning through to them reminiscing about home when their journey gets too tough. We see them overcome obstacles, and they keep onto the belief that they will go home someday and see those rolling hills, and when they finally do, it’s as much a victory for us to see it again.

So baring all that in mind, how do we make our own locations characters?

Taking what we can learn from those examples, a location needs that feeling of ‘home’. Whether it’s where our characters come from, where they are going to, or somewhere they find themselves trapped in for the duration of the story. We can create this with vivid, consistent descriptions. Think about the tone we want to set while we exist in this location, and have it set from the get go. If your location needs to invoke mystery and whimsy, have it conveyed as soon as the characters arrive, and build on the mystery slowly, like a drip-feed. If you’re trying to convey that this is a beautiful, comfortable home, show life around us, tell the audience of it’s beauty and why it’s a place worth fighting for.

Each example above succeeds in telling us how we should feel about these locales immediately, and that feeling continues as the story continues and develops. Creating iconic and memorable imagery is the start, but it’s about the feeling, history and how our characters react to these places in their world, that’s what connects us to them.

What are some of your favourite locations in media? Are you upset I didn’t include anything from Game of Thrones? Let’s talk about it!

Have a look at my features!